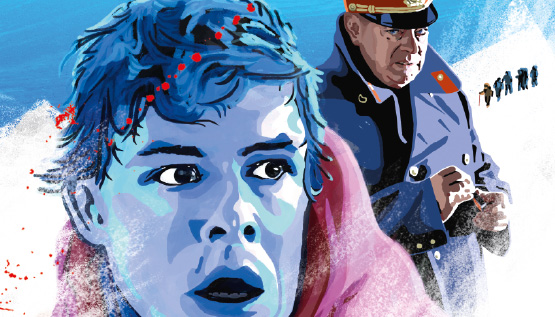 GHOST MOUNTAINEER is a feature film with some hints of horror, based on actual events in Siberia back in Soviet times. A group of Estonian students on a winter hiking trip suddenly find themselves in the middle of bloodcurdling events in a Buryatian village.

Olle, a closed off group leader disappointed in his mates, disappears in the mountains in the last day of the trip. Open-minded and adventurous Eero and the rest of the hikers are facing a situation they at first do not want to, but later can not solve. But no one is prepared for devastation seemingly conducted by the vanished group leader Olle.

In strange country and amidst strange people, the group will soon find out that past actions and vengeance do not know the thin line between life and death.

Urmas Eero Liiv is graduated from Tartu University majoring in biology and Tallinn University majoring in film directing. He is an author of several Estonian documentaries and TV documentaries that have reached the highest ratings in local TV channels. For the last few years, he has worked in commercial TV channels and been engaged in production of several successful documentary shows as a director/author and a host. “Ghost Mountaineer” is his first full-length feature film.

The film is shot in villages of Nilovo Pustyn, Arshan and Kyren in Irkutsk Oblast, Siberia. We have planned to shoot some of the high mountain scenes in Trento region, Italy.